Rambert’s Life is a Dream opens onto a grey and sleepy scene – dancers lull against the walls and in the background in a run-down and large, grey warehouse. Our attention is first drawn to the director-character who is snoozing at a desk. He wakes ornately and in a dream state, begins to orchestrate the movement of the cast with his hands – dancing the director of the piece, whilst the rest of the company obey directions in a trance-state.

The first half unfolds as a series of short episodes, which are carried by the same thread of a muted surrealist quality but as such, do not make narrative sense. I felt that each scene never quite developed into something the audience can grasp. A projection onto the back walls creates changing scenery for the first half, starting with a large and mostly empty grey room, with sparse furnishings including: a bed, small desk and two benches.

Two large arch windows on the back wall form a focal point for the dancers to gaze vacantly through the windows. The projection changes several times through the first half – onto a rocky sea and then onto the grounds of a house, with a stormy wind rocking the trees. The whole piece is performed to a distinctly postmodern orchestral score that has no rhythm but peaks into a frenzied energy to match the pace of the movement.

A solo by Edit Domoszlai was one of the highlights of the first half. She appears in a loose white gown, gaze held rigidly down to the floor, arms held crossed and rigid across her lap. The director tries to tease her arms open in what could be a consoling or authoritarian way. It is uncomfortable but compelling to watch. Her solo builds; it seems to release a restrained and dangerous energy.

With the cold grey of the staging and costumes, and with sections in which the dancers act withdrawn and despondent, for me the first half carried connotations of a mental institution. Particularly with the motif of dancers appearing with their sleeves pulled over their hands, as though shamed or hiding something.

When the curtain rises – before lights have gone down and audience are seated – on the second half, it signals we are not supposed to treat this as an ordinary proscenium-arch. With the stage stripped bare, it immediately suggests a deconstructed rehearsal. The second half opens with more pace and energy, with slick duets and more contrast with movement quality. The duets lifting Brenda Lee Grech and Hannah Rudd were sensational, with lifts that are dived into, whirled round and suddenly brought to a stillness with perfect control. It was impossible to peel your eyes away from the two. Liam Francis’ quality of movement in a solo accentuates the ripples of movement through the body, in a slow-motion, almost hyper-realist way. It seems to me a key moment of the piece; a quality that connects the overarching dream quality.

In the second half, the ideas in the programme note – that Kim Brandstrup is staging a mind’s rehearsal process – are more visible, through the use of an onstage light which is pushed around by the director-dancer in order to light up moments. It connects the audience to the thought process of the director by focusing light on pivotal images.

Overall, the loosely connected threads combined with a trance-like movement quality gave an overall impression of recollecting a dream, however as an audience member, the first half felt undeveloped and difficult to grasp. Sections had potential to grow but were cut short. Without a programme note, I would have thought the first half depicted a mental institution. The picture of the creative mind of an artist seems to be a bleak one. That said, the second half packed more physicality and narrative sense. Dancers shone in solos and duets, but otherwise much of the group movement vocabulary lacked impact.

Reviewed at The Lowry on 11th of October. 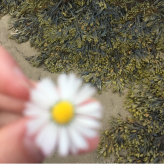 Rambert’s ‘Life is a Dream’ displays flighty and menacing dreamscapes

balletLORENT’s Rumplestiltskin is “glittering and golden”